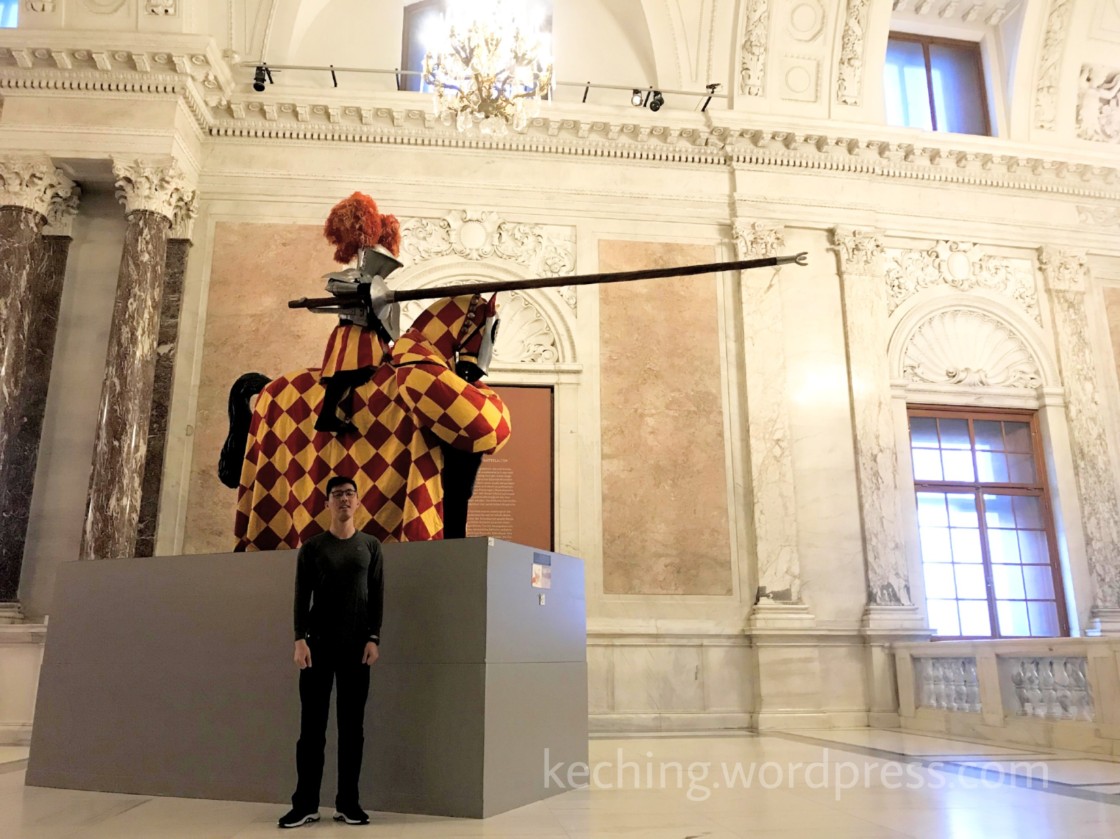 Vienna, a city for elites

Yay! In Europe for the first time and Vienna’s the first stop. I wasted no time in satisfying myself with answers to some burning questions with my taxi driver:

– with Brexit, in completion, will the official language in Brussels change from English to German? (No. My taxi driver can’t imagine Spain, China, India and all countries in the world learning German.)

Around Wien Mitte the Mall

It was a Sunday and most everything were closed. Not traveling on a Sunday would prove to be the same mistake made again later in the next 10 days.

We were greeted by sights such as these as soon as we alighted at Wien Mitte the Mall. I was excited about the electric trams. How much savings that must have been in terms of energy burnt. I was equally excited by the horse drawn carriages that appeared as soon as the tram above left. Both using the same roads. 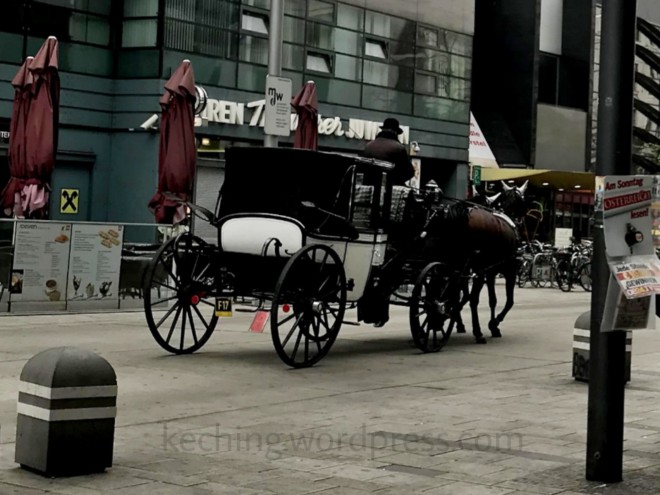 Nothing of this sort in Singapore; both the electric trams and horses. A developed city can embrace animals and should even more function with an electrically operated public transportation driven by an environmentally conscious government.

Vienna turned out to be unexpected in so many ways. I had imagined it to resemble Prague, predominantly effusing medieval pride. Instead, Vienna interweaves its imperial buildings with contemporary buildings in a coherent manner. The resultant cosmopolitan environment ushered me wherever I wanted to go. One would know, for some reason, where the convenience stores, where the tourist areas, the trains and buses etc., are; as do all modern cities do.

See how you would necessarily be, and feel like a tourist in Prague, Czech Republic >>>

Before playing, it would be work first… for my wife.. WohaHaHA! 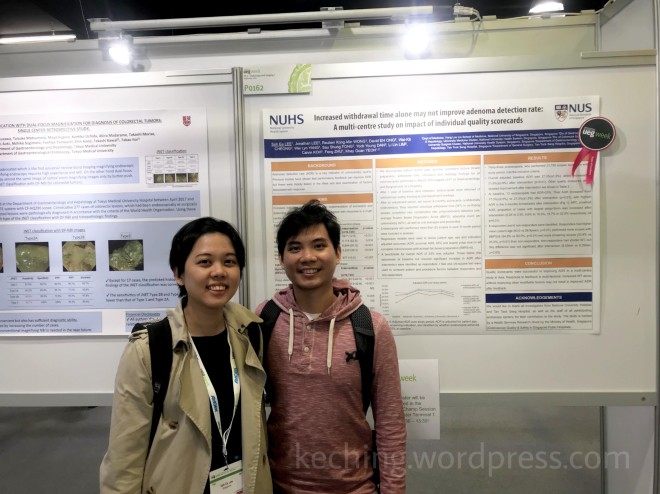 My brother in law and I went walking around outside the convention centre.

The park. It was extremely cold and the sun on the skin was welcomed.

Visited the Kaiserliches Zeughaus Imperial Armoury in Vienna. The collections of medieval armour and firearms are as complete as it possibly can be, financially, academically and diplomatically.

The suits are pretty small for ang mohs (Caucasians) of today. 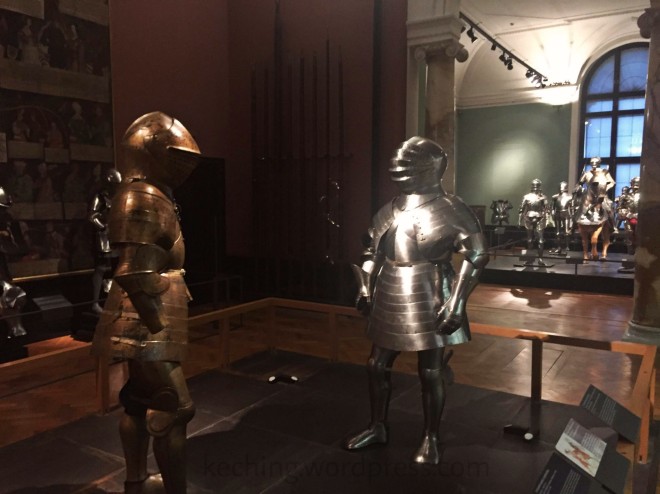 One can identify with ease the history of guns. Of particular interests are the sizes of the shoot-shoots and the development of the ergonomic handgrips. The museum’s collection is total and complete.

Walking to Schönbrunn zoo from the palace. The strong winds in late Autumn kicked up sand into visible wind, and into our faces. Can’t imagine what it is like in the Sahara. 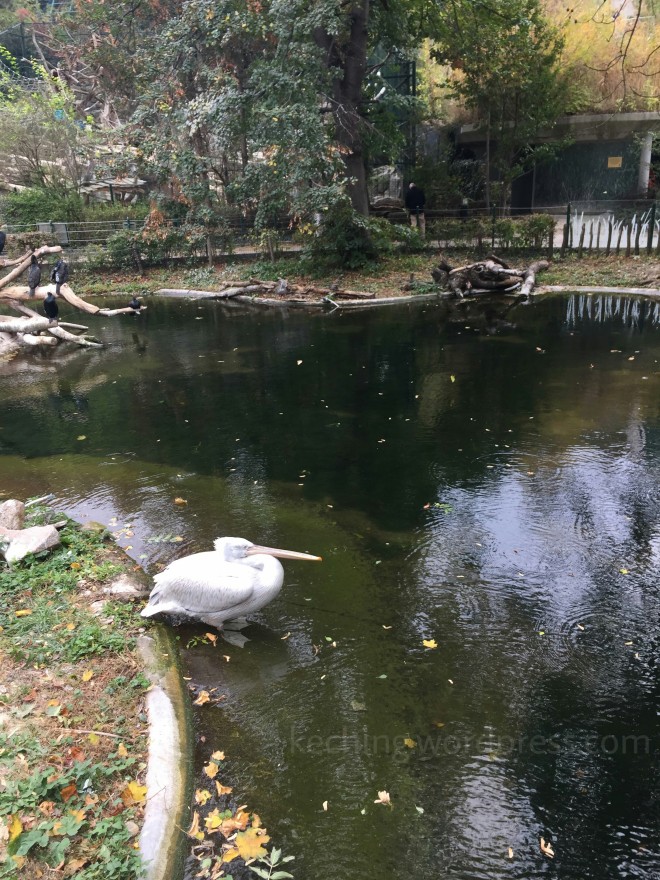 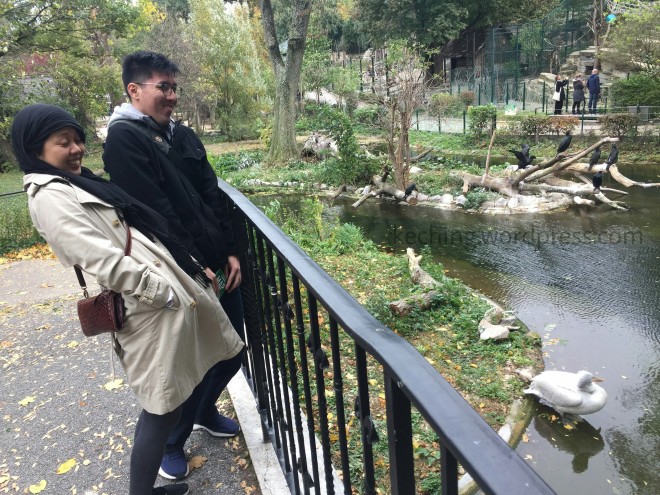 Couldn’t miss a concert in Vienna. Had initially wanted to go for an opera but we were too late and value seats have already been sold out. The alternative was to attend the performance by the Vienna Mozart Orchestra at Musikverein Vienna, Golden Hall.

The average performance would be fantastic, easily, with Vienna’s, Mozart’s and many others’ reputation. It would have drawn performers of the greatest talents and of the highest trainings from around the world to Vienna. However, I figured that music in Vienna is the equivalent to football in England, unlike football in Brazil. I had anticipated endless street performances with the violins, the cello, the woodwind instruments, the brass instruments etc., which would in turn fuel an elite music institution. However, it was quite the contrary.

I guess like all ultra developed cities, if one was really performing on the streets of Vienna, he or she would really be a struggling bloke? I sense that the music scene in Vienna is no longer built from the ground up.

We visited Naschmarkt on our last evening in Vienna. We were too late. Everything was closed save a few eateries. 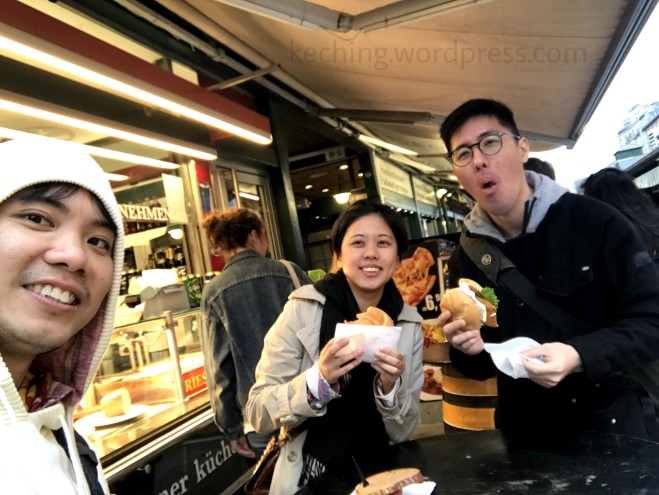 After buying our meat loaves, a lady who isn’t white, came up to us gesturing for food. We politely declined, but yes, I kind of anticipated this. A rich country without the poor is outside of reality, but I didn’t expect to not watch it happen from the side. Then there’s the part about social welfare in Europe. Where did she come from? So many, so many questions in my head.

Vienna to Prague via Railjet. The train ride that taught us about reserved seats.

Natural marbling, of the black marble base of our watch display stand, stretching from the surface into the cross section.
Cutlery tray sample for a restaurant in MBS.
First time sleeping at home alone without wifey & darling.
Collaboration with a luxury watch shop.
Shout out and a huge thank you to @az.photo.gallery
Bridging digital design and physical products.
Bridging digital design and manufacturing; more than 10 years of experience.
Dancing with the three loves of my life.
Customer's 6 footer punching bag towering over me. The circumference is also 6 feet. Can't wrap my head around the maths.
Old one's about 8 years now. It can still be used but never mind. Made a new one for the next decade to remind myself of the feeling of rejuvenation and excitement.
In designing my retail display, the random wood blocks lying around my factory are actually as important as the products themselves. They propped my products up but I very nearly threw all of them away because one almost tripped me over before I gathered them.
My jars feel more authentic and more posh than their actual prices after having them wrapped like these at the self packaging station.
My mini vintage suitcase from @aquilafashions AQUILA doubling as my jewellery/watch box.
*squeals*
Darling's growing up too quickly.
Can't be happier with the lighting for my display gallery that doubles as a bay for product shots.
Brass maker's mark of the ambigram of my name from @broadwayleather.
Having focused on online retail design my entire work life, it is time to work on retail design to turn my factory into a destination.
Freshening up our 70 y/o.
Ger running through golden litterfall rounded up in various great patches on the rooftop garden by the spring season strong winds.
Loading Comments...
%d bloggers like this: