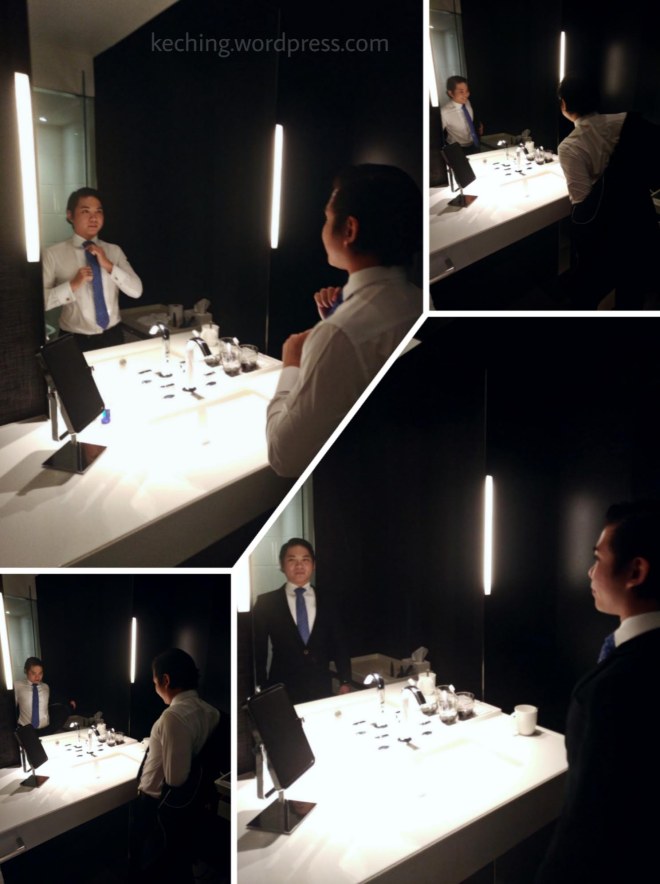 2013: black suit flown in from Bangkok

The unavoidable has arrived. I have apprehensions about black fabric, i.e. panting lah!

Pantang aside, people pretty much wear black to funerals leh. And of course lawyers too.

However, as much as I dislike wearing black, I cannot refuse. The ease of coordinating black among the groomsmen makes it the natural choice.

Flying a black suit to Singapore from. bangkok

Had the groom informed us just a tad earlier that we were his groomsmen, I would have had the black suit tailored a couple of months back in Bangkok, together with my midnight blue suit that sports four buttons and a white shawl lapel.

No matter though. My measurements with Crown Tailor is up to date. Once I confirmed the details with Crown, I had my suit sent to a friend’s hotel and he brought it back for me.

Having had three suits tailored till date, my black suit will resemble both my brown checkered suit and my pastel blue seersucker as all three will have the ubiquitous deep-V neck plunge.

I would have tried designing a designer’s black suit. However, in principle, a groomsman fits in with the other groomsmen look better than the groom right? Or if I rephrase it, I got to blend in with the bridal party, not stick out like a sore thumb. Therefore, the shortest possible conversation between my tailor and I concluded in the shortest time possible. Top collar, normal. Lapel, normal. One button, normal.

Guide to designing your own suit

I could however use gold buttons. And I didn’t use wholly gold buttons. Rather the buttons were black and had gold trimmings running along the circumference.

Instead of the usual four buttons I opted for two. It could have been one, or three. I just chose two.