Budapest is the final destination of our Europe trip : D

We had arrived late at what is supposedly a train station that was slated to be torn down. Maybe it wasn’t that late but it was already dark after 8 hours of train ride from Ljubljana, Slovenia. 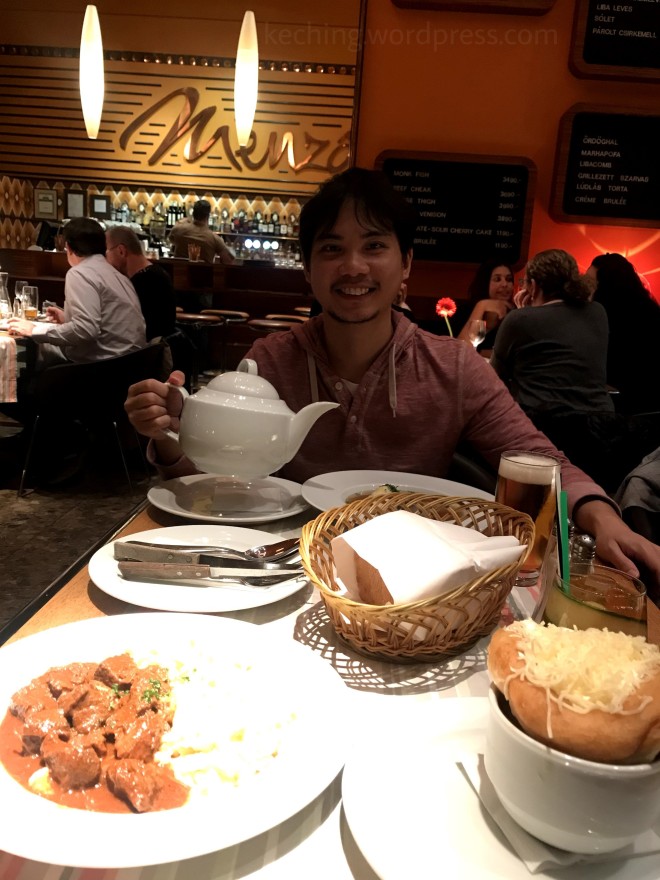 Frankly, by the time we arrived at Hungary, our final stop, the imperial era stone buildings have lost their magic. I almost forgot that we had visited the Hungarian Parliament Building if it weren’t for the photos. It has nothing to do with the stone buildings in Hungary being inferior to her neighbours’. If we had set foot in Slovenia last, we would have been equally blind to her stone buildings, sculptures and all.

Not Prague though. Prague’s buildings are in their own league. One literally steps back in time among those buildings, or should I say architecture.

Spot le wifey in front of the Parliament Building, the third largest in the world.

The downside to historical stony buildings full of architectural and design marvels is the cap that it places on excitement. The reminder of past achievements, scientific and cultural, creates a sombre and, in fact, a somewhat depressing mood. So the agenda for Budapest was to put ourselves back into the contemporary world, and the best way to go about it is through shopping!

I have a severe heat rash condition and have feared cold countries because keeping myself warm is often accompanied by heat rash. I have found a solution that worked in Austria, and decided to shop for cardigans, which are breathable, in Budapest. 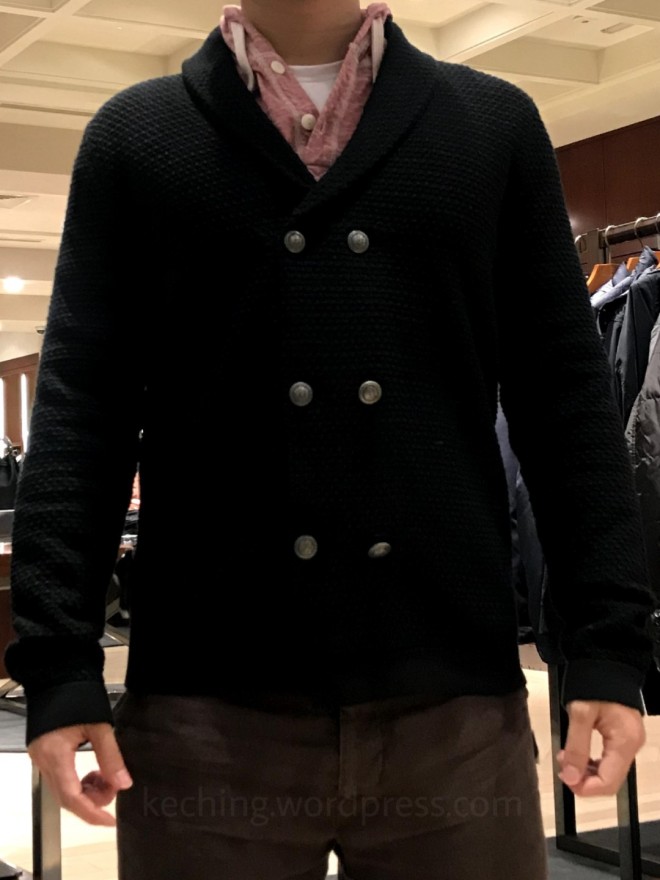 A beautiful double breasted cardigan, but in black and made in China. The one below is made in Romania. Blah blah…

Blah blah blah… the above is merely a reminder of sorts for myself.

We had originally walked to the bath the night before but I decided that day time is the best for taking in the details of the bath. So we came back the next morning. 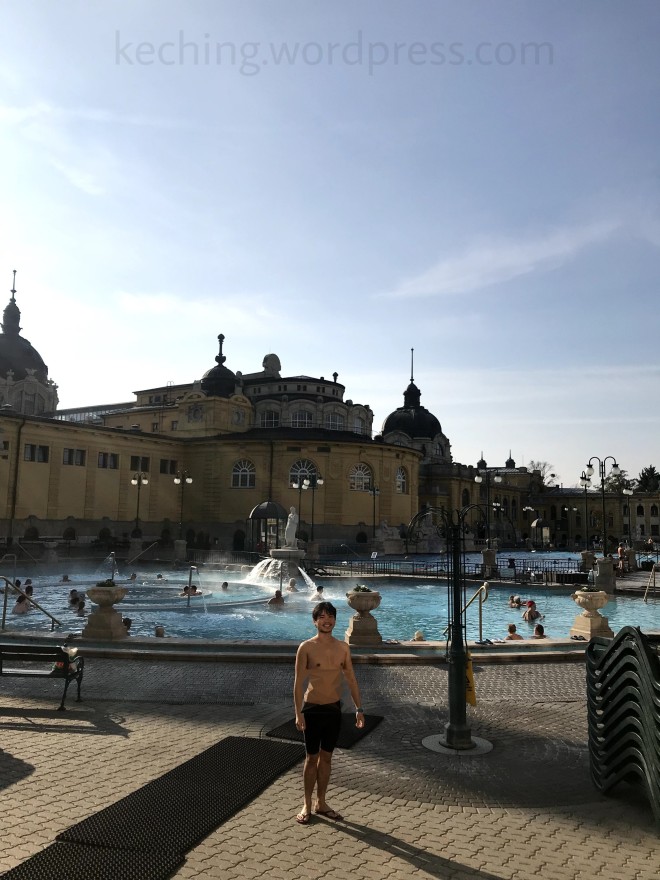 My BIL didi had arrived at Budapest three days before my wife and I left Singapore for Europe. He bought toffee from this wonderful candy store at the Great Market Hall and shared it with us in Vienna when we arrived. 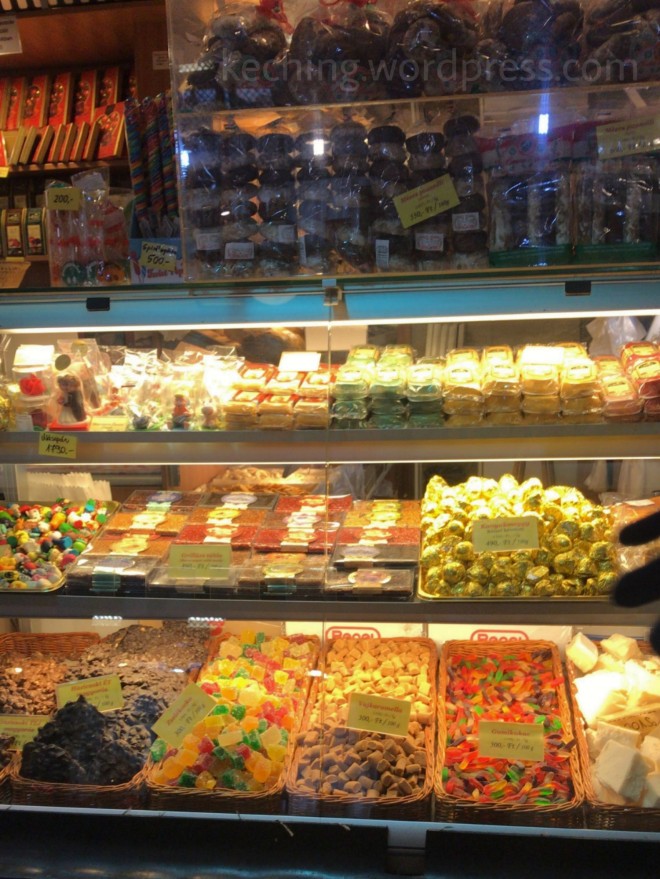 I couldn’t resist when we finally arrived in Budapest and ended up buying 600 grams of toffee for home. I also bought honeycomb candy and a certain krumplicukor (potato sugar) yum yum! 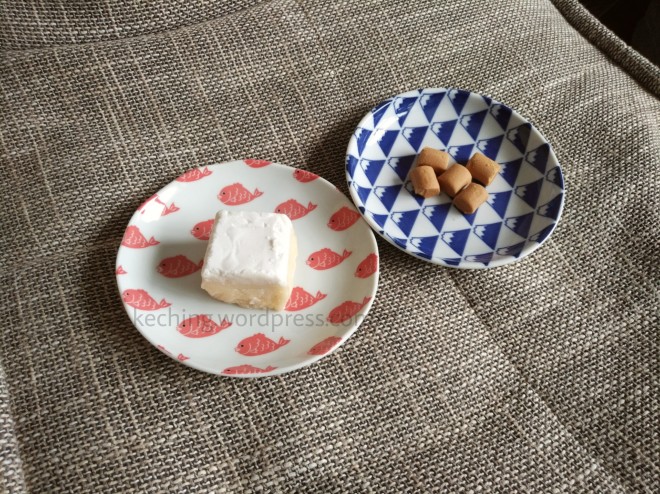 The house of terror

Spent a good three hours in it and still couldn’t sit through every single documented evidences available.

The taxi driver’s father was involved in the revolution of 1958.

Risked getting my rear end kissed by wife’s shoes when I told her I wanted to return to Nagyvásárcsarnok for a sole purpose: to explore the designs of the Hungarian embroidered tablecloths. Why didn’t I do it when we first came over the day before right?

And “exploring” meant standing outside Nagyvásárcsarnok checking China’s websites for comparable designs and price points before ruffling the vendors’ feathers in the market hall.

Didn’t want to return early to apartment as it was our final night in Europe, so we bought this lovely ice cream! 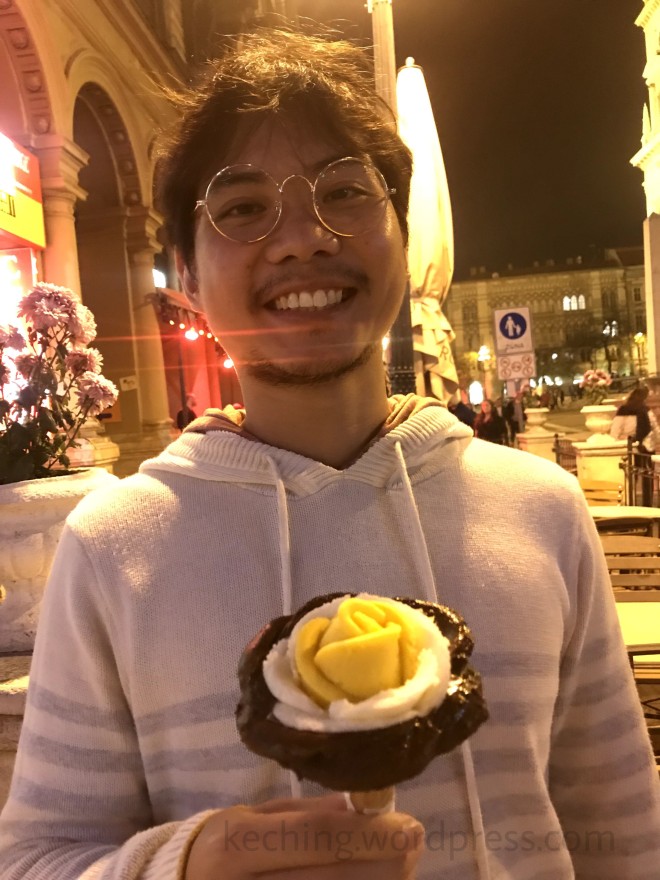